Been a while since I’ve posted something here due to various reasons. But time to break that silence with a quick, brief post on the latest workstation build I’ve put together.

Hopefully would be of some help to anyone also looking to upgrade / build a new workstation / gaming rig (I don’t do games as it’s a waste of valuable time IMHO. So it’s very much a workstation but you absolutely can play games on it too)

The idea was to replace my old custom build workstation which was basically an Intel Core i7 6700K 4Ghz beast with 24GB ram with something with few more CPU threads to be able to run a full lab using type 2 virtualisation, while also using the host PC with windows 10 as a workstation. As good as the previous pc was, it just didn’t have the raw CPU power to have 10+ VMS and have about few hundred apps open on the host OS at the same time, along with about 30-40 chrome tabs. (I know I know, very first world problem 🤷‍♂️. A problem nevertheless)

So, after some research, I’ve decided to dump Intel and move to AMD for the first time due to the 7nm goodness available on the AMD EPYC processor family. In order to to fully utilise that horse power, I’ve gone with large enough DDR4 memory (with plenty of room for upgrade thanks to the use of 32GB dimms). I’ve also added one of the fastest, if not the fastest SSD storage modules available in the Sabrent Rocket NVMe pci 4 M.2 drive.

Given is below is the full spec,

There you have it. It is super quick and super powerful. with some serious load on it, I have not yet managed to go beyond 40% of the CPU or the memory utilisation on it yet so I am pretty sure it’s future proofed me for a while there. It wasn’t cheap, but as an investment in to my primary workstation that I do all my work on, over 10 years, the TCO, relative to the increased productivity I can achieve is very good and manageable.

Let me know if this is of any help and if you’ve managed to build anything similar or better.

I’ve been very fortunate enough to be invited to attend the popular Tech Field Day (#SFD12) to be held in March 2017 in Silicon Valey so a quick post to share my initial thoughts & about the event itself.

Tech Field Day is a popular, invitees only, an independant IT influencer event organised and hosted by  Gestalt IT (GestaltIT.com). The idea behind the event is to bring together innovative technology product vendors and independant thought leaders from around the globe with an active community contribution to share information and opinions interactively.  There are various different field day events such as Tech / Storage / Cloud / Mobility / Networking / Virtualisation / Unified Communications / Wirelesss Field Day events that take place throughout the year with respective technology vendors. It’s organised by the long time leader Stephen Foskett (@SFoskett) and has always been an extremely popular event amongst the vendors as it provides an ideal opportunity to present their new products and solutions to a number of thought leaders and community influencers from around the world and get their valueable thoughts & feedback.

I’ve been wanting to attend as a delegate for a while now but as the event was an invitee only event for the delegates, I wasn’t able to just sign up and attend. However this time around, I was extremely lucky to have been invited attend the next event Storage Field Day (#SFD12) in San Jose on March 7th-10th which I’m now looking forward to.

The details around the SFD12 event that I will be attending, including the rest of the invited delegates as well as the presenting vendor details are all available here. I will aim to provide a summary outlining my thoughts on various technologies & solutions we are going to be discussing about focusing on not just their technical value but also the business value to potential customers so stay tuned…!

In the meantime, if you would like to attend a fiuture Tech Field Day Event, all the information you need and how to apply are listed here. If you would like to see what the typical event sessions look like, have a look at their youtube feed here for past event recordings.

Getting More Out of vRealize Automation 7 – Building and Managing Blueprints 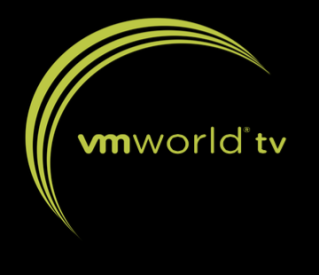 Getting More Out of vRealize Automation 7 -…